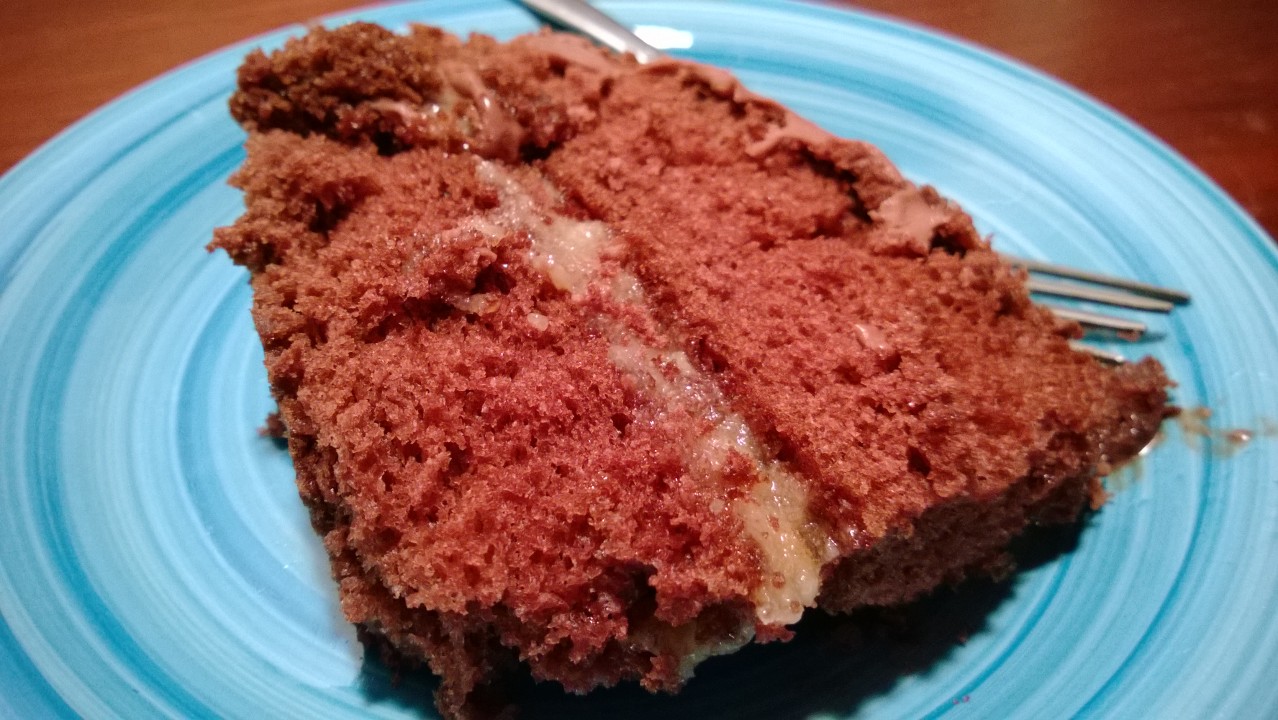 I don’t know about you, but I’m super picky when it comes to cake. Especially chocolate cake.

You see, the reason I’m devoted more to brownies is because they’re fudgier… if they’re made right, that is. Oddly, red velvet  is the only chocolate cake I like. On second thought, perhaps its the cream cheese icing enveloping the crimson colored cocoa cake that strikes my fancy? Regardless, the chocolate to moistness ratio in either a brownie or a cake has to be just right because airiness seems to kill the “freshly baked” flavor. That’s why my Momma’s buttermilk chocolate cake covered in melted marshmallows and fudgy ganache is the moistest and most delicious cocoa concoction in my book. If you’re a chocoholic, this treat will turn your world around!

Speaking of chocolate cake, I made one for my Dad-in-law the other day. It was German chocolate, though — his favorite. Unfortunately, I had unintentionally too little of the coconut icing and hadn’t the time to go back to the grocery store and buy more. So I had to improvise. Being that I love changing recipes (if you can’t already tell), I began experimenting with an idea I saw my coworker do the other day: German chocolate filled Chocolate Cake with Buttercream frosting. Kind of a long name but the effect is really an Inside-out German Chocolate Cake.

Because I didn’t have enough powdered sugar to make a full batch of buttercream either I decided to use my Mom’s ganache recipe (from that delicious cake of hers), which happens to use few ingredients. :)

Excitedly, I got to work baking the cake. It was just a boxed German Chocolate mix that had been on sale at the grocery store a couple days before. Not a super experienced cake maker, I made sure to follow the recipe exactly, coating the pans with spray and flour, setting the oven temperature to the right setting for a dark pan and starting the timer on the minimum time. Glad I was so meticulous– I don’t think I’ve ever made such a perfect cake! But I’m getting ahead of myself…

After the cake baked, I set the pans on the cooling rack for 15ish minutes before flipping out the cakes and leaving them on the rack for an hour. Then I plastic wrapped each cake and froze them ’til the next day when I would use them. This was so the cake would never lose any if its freshness by the time I iced it. The next afternoon, I placed one on a plate, spread half the jar of coconut icing on it, topped it with another cake and then got started on the ganache. This I also poured on (slowly), letting the gooey chocolate fall over the sides of the cake. Then I let it set in the freezer for a while so the ganache wouldn’t thin out too much.

Here’s the complete recipe. If you happen to modify it into an even BETTER recipe, let me know! My apologies for the bad photos. You have to believe the cake tastes better than it looks :) 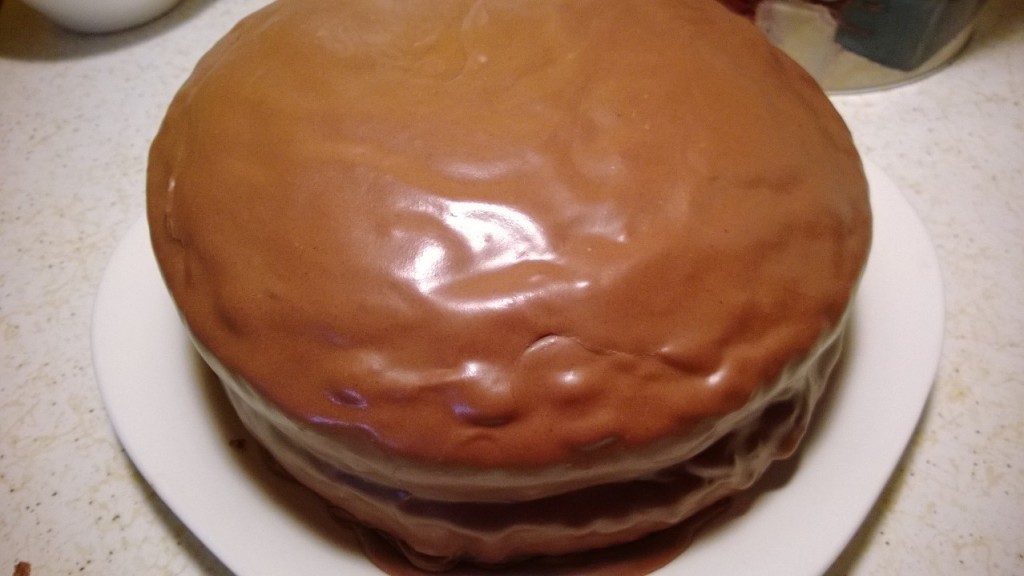 Love German chocolate cake but always wished there was more chocolate? Well, now you can make it inside out!
Save Recipe
Print
Ingredients
Cake
Coconut frosting
Ganache
Directions
Cake
Icing
Notes
By Hope
Oh My Foodness! https://oh-my-foodness.com/
Like it? Share it!