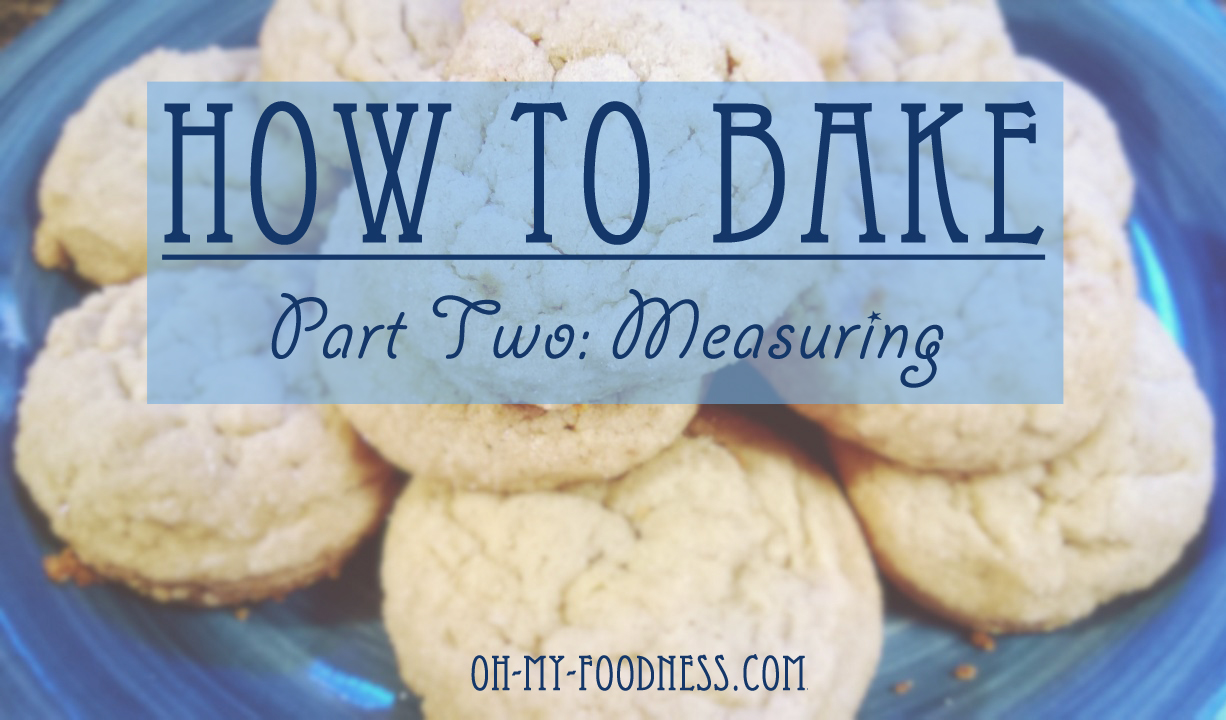 In Part 1 we talked about ingredients in baking and how they chemically impact food’s texture, flavor and appearance. Today we’re going to talk about measuring and why we should care about it so much.

In my book there are two approaches to measuring:

Portioning is simply filling a container and hoping it was the same amount as the last time you measured it.

With liquids it doesn’t matter because its volume always remains the same. Just keep in mind to measure liquid by matching the line of surface tension of the liquid with the measurement tally mark.

Dry ingredients are another story: Flours and sugar can absorb moisture and also surround themselves with lots of air or not much air at all. As you could guess, the more moisture and/or less air, the heavier the flour. Therefore, if you prefer the portioning method or don’t have a kitchen scale (there’s really nothing wrong with both), here’s a simple way to ensure consistent results with flour:

Pour flour into a measuring cup using a spoon. When the flour reaches the top, take the back of a knife or another flat surface and scrape it (gently) across the cup to push off the remaining flour back into the container from which is came.

Some ingredients are always measured with spoons and not with a scale, namely leavening products (baking soda, baking powder, corn starch, yeast), vanilla and other flavoring extracts, and liquids.

1. Place a container on your scale and press “tare” (or “zero”) so the scale doesn’t include the weight of the container.

For some reason or another, weighing seems to be a strictly European way (I mean UK) of measuring flour, sugar and butter . The only time us bakers across the pond even use measuring cups is for liquids. Why us Americans thinks we’re too cool for the kitchen scale, I’ll never know! All I know is that this is the most accurate way to follow a recipe because you’re guaranteed identical results every single time. Try it!

How to measure flour appropriately…